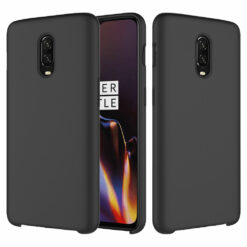 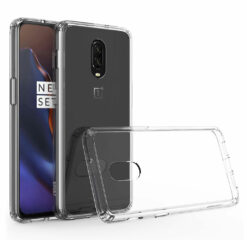 Today, we will look at what all new Oneplus 6T have to say. From the past few years, Oneplus a Chinese smartphone manufacturer is growing bit faster in the Indian market. Oneplus 6T is the successor and flagship smartphone from Oneplus which makes a position in affordable price phone with high-end features segment. The Oneplus 6T offers top-notch hardware comprising an excellent camera and lightning-speed processor in a higher price segment. ( Oneplus 6T cover recommended )

Talking about Oneplus 6T design nothing much has changed on the front. The overall 6T design nearly replicates that of the Oneplus 6 but with few deviations. First, they have removed 3.5mm headphone jack on this Oneplus 6T. After apple's flagship It’s an obvious passage in the correct direction for Oneplus 6T and is have created it competitive with other flagships. However, they have introduced a 3.5mm-to-Type C connector which will be an extra accessory to move around with 6T. Now it's obvious that you need to buy an extra Type-C Bullets. Oneplus 6T also ends the physical fingerprint sensor that has been there on rear below the logo. The fingerprint sensor now underneath the display.

The Oneplus 6T gets a step ahead of Oneplus 6 smartphone. Being a T-variant, the Oneplus 6T. However, a larger screen is better and immersive than what other flagship smartphones in the similar price bucket deliver. The screen isn’t as saturated as that of Samsung's. Although it comprises an AMOLED panel. While the display gets larger, the notch goes smaller, the similar to notch that Oppo and Vivo smartphones. On another hand, the curved glass on the sides add to the grip & largely well-balanced color tones. Notch comprises of sensors and the front camera along with a finely placed speaker grille on top. Corning Gorilla Glass 6 protection as well. You get some usual features including a Reading Mode, Adaptive Brightness, and Night Mode, which is available with Android Pie. Get a Crust BT56 Car Bluetooth FM Transmitter with Q.C 3.0 Charger a smart Bluetooth device for your car.

Oneplus 6T comprises the exact camera specifications as that comes in Oneplus 6. Dual-rear camera setup consists of a 16MP Sony IMX519 and a 20MP Sony IMX 376K sensor with same f/1.7 aperture. These been improved and well-performed a bit to deliver better portraits, night shots, and selfie images. It also features EIS & OIS for crisp videos and images. Can easily capture 4K video recording at 60fps. Very decent daylight photos can be captured and you won't even complain about it. Glass reflections, Recognizing hair, and small gaps or corners still remain an issue. However, improved Portrait feature we did find mixed results. Oneplus 6T has absolutely improved upon delivering a well-balanced low-light shot. The overall performance is acceptable. The Night mode does together deliver a sharp image that is far better the regular version. Every single photo captures more colors & keeps the highlights under control. The selfies taken are sharp and saturated from front-facing camera think has also been worked upon. However, with 16MP front-facing camera boasting of Sony IMX 371 sensor and f/2 aperture may give few unrealistic selfies. that show a smoother and brighter. Impressive Portrait feature in selfie was been delivered. Can be the best selfie portrait camera with this price tag you can get for now. Best camera features in this prices bracket. Crust Oneplus 6T back cover helps you to keep your Oneplus 6T camera lens safe and secure from scratches. Check out with our other smartphone designer mobile covers online Oneplus 5 Cover, Oneplus 5T cover, Oneplus 3T Cover only at Gocrust.com

The battery capability was one of the most undervalued features of the Oneplus. but what about 6T, well it stays the same for the Oneplus 6T. The battery capability in the 'T' version is 400mAh more. That's the biggest battery updates in an Oneplus handset in recent. With Snapdragon 845 processor, ample RAM and FHD+ AMOLED, this large 3700mAh battery works efficiently. Add-on to this it has a low-power consumption display to deliver long-lasting performance. The Oneplus 6T easily ran for 10-12 hours. And 7-8 hours of screen on time. But then this all depends on the usage pattern. In addition, you get a fast charger so plugging it for few minutes. and will rejoice it to make Oneplus 6T run maybe for an hour. So, definitely not a bad performance for a flagship smartphone in this bracket.

This Oneplus flagship is available with Qualcomm Snapdragon 845 processor, 6GB or 8GB RAM, 128GB or 256GB inbuilt memory storage. Very of which brings out the best in any Android smartphone. In Oneplus 6T, Smart Boost is an add-on feature that is claimed to boost apps 5%-20% faster. It does this by storing the data from frequently used apps in RAM. Oneplus 6T is limited to gaming apps for now. However, in future updates, it'll be compatible with more applications. OxygenOS is polished and is now with better optimized. Works good blend with the hardware to give a much better performance no matter how heavy apps are been used.

Though available on other flagship phones, the Oneplus 6T wins proud privileges as the first to have a fingerprint-on-display scanner. So know you can scan your finger just keeping it on the front display to unlock your Oneplus 6T's screen. thing in your mind that the phone can have really thin bezels around the screen. No more steps to picking up your phone to unlock it. Just because of setting the fingerprint scanner inside the screen. Oneplus titles that it unlocks the phone at 0.34 seconds, which makes it the fastest fingerprint scanner on display sensor. Majority of the time really works fast but there were some instances when it didn't appear to work as quickly. If you can’t feel the fingerprint scanner. yet you have an option for it you can input the pin or face to unlock the Oneplus 6T. Oneplus have implemented it in 6T as it can be a major feature for their future smartphones. Crust Oneplus 6T covers are perfectly cut-down with respect to Oneplus 6T‘s dimensions for edge-to-edge fitting for required openings. The Oneplus 6T is one of the most affordable, top-notch Android smartphones you can buy at this high price range. But yes ofcourse if are already using Oneplus 6 then there’s no need to update that what I feel. As for to level up your Oneplus 6T with its features. Check out some crust Oneplus 6T back cases, most affordable range of Oneplus 6T back case by crust.

Absolutely, stylishly build smartphone needs the care to be taken. So, Crust provides a chance to user to protect from any damage and add a style statement to the phone with our Crust Oneplus 6T cover case. These features you can also grab for your iPhone X Cover, Honor 9 Lite Cover, Samsung A8 Plus cover. The crust is an online mobile accessory store that offers premium quality Oneplus 6T mobile cover at an affordable price online. Oneplus 6T back case & cover are beautifully crafted, perfectly snug, and fully functional and are flawlessly designed at its finest to suit the role fashion sense.